If your website is running Flash, you've got until the end of the year to update your website—or risk your site rankings landing in the SERP equivalent of the La Brea Tar Pits. That's right: as far as major browsers are concerned, Adobe Flash is going the way of the dinosaur, and the comet's scheduled to strike on December, 31, 2020. Here's what you need to know to ensure your website's compliant.

Why is Flash becoming extinct?

Software platforms and applications have to adapt to the demands of their changing environment. Adobe Flash enjoyed a good run in the first decade of the millennium as it enabled developers to include engaging animations and interactive features on websites, games, and educational applications. No other programs could do what Flash could at that time, but as website development tools (including HTML5, CSS, and JavaScript) evolved to keep up with benchmarks for speed, security, user preferences, and responsiveness across all platforms, Flash fell behind.

Charles Darwin could have predicted Flash's demise back in June 2007 when the first iPhone hit the markets, or in 2010 when Steve Jobs made it clear Apple's mobile products would never support Flash. Jobs' reasoning still applies water today:

Performance and protection aside, Flash put its users at a disadvantage as SEO became more critical: Flash files are embedded files, and, as aptly put by Andrew Smith for Growth Hacker, are "badly indexed" by search engines. Do you remember animated Shockwave splash pages that took forever to load—especially if you didn't have the Flash Player plug-in installed? Today's internet users don't have that kind of patience, and they don't need to thanks to Java and HTML5's faster loading speeds open code. Back in the Shockwave/Flash era, browsers didn't have built-in video players; now that they do, they're turning their backs on—if not outright blocking—Flash.

Why is December 31, 2020 the deadline for removing flash?

Adobe announced in 2017 that it would discontinue supporting and distributing Flash Player by the end of 2020. They wrote, "As open standards like HTML5, WebGL and WebAssembly have matured over the past several years, most now provide many of the capabilities and functionalities that plugins pioneered and have become a viable alternative for content on the web... We encourage content creators to migrate any existing Flash content to these new open formats."

Search engines are in the business of ranking sites that deliver quality content and UX to their users, so it's no surprise that the best of them are already de-indexing Flash-heavy sites. It's the equivalent of a travel agent living in Michael Crichton's fictional world recommending vacationers visit Jurassic Park, post-meltdown. And for Flash, which is already cumbersome, glitchy, and widely disavowed, the collapse has already begun. It's an extinct language: The code and content on your website is a search engine's travel brochure, and crawlers are finding it increasingly impossible to interpret.

How can you check for Flash on a site?

Let's assume you haven't already moved beyond web design's Cretaceous period to a flash-free content management system. Beyond the obvious clue that your SERP appearances are less frequent than coelacanth sightings, how do you know if you're running Flash on your website? We recommend you visit SEO SiteCheckup. All you have to do is type in the address of the website that you wish to check and either run a full scan or select "Flash" from the drop-down window under the search field. If the app detects Flash, this is what you'll see:

"Warning: your website contains flash objects. Flash is an outdated technology that is used to deliver rich multimedia content. Flash content does not work well on mobile devices, and is difficult for crawlers to interpret."

Survival of the Fittest

Marketpath CMS prepares its users for the internet's ongoing evolution with seamless, automatic updates and independence from vulnerable plug-ins. Try our free demo today and find out how easily you can migrate your site to our user-friendly, feature-rich, and environmentally-agile platform.

Or, you can wait out the dinosaur apocalypse and find yourself pages deep in the SERP fossil record. 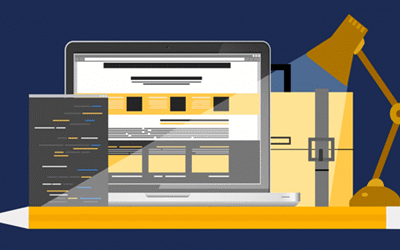 5 Signs You're Ready for a Web CMS Upgrade